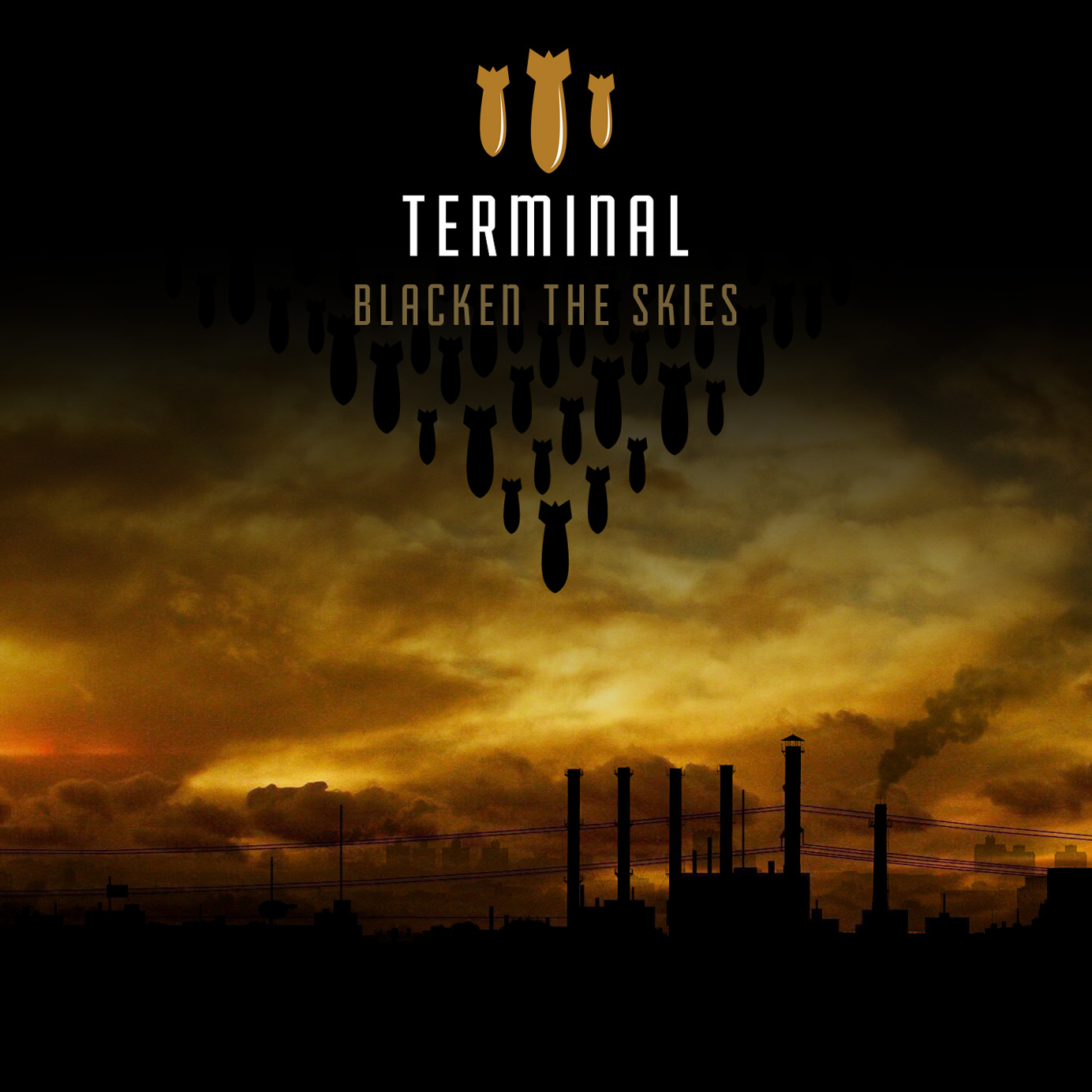 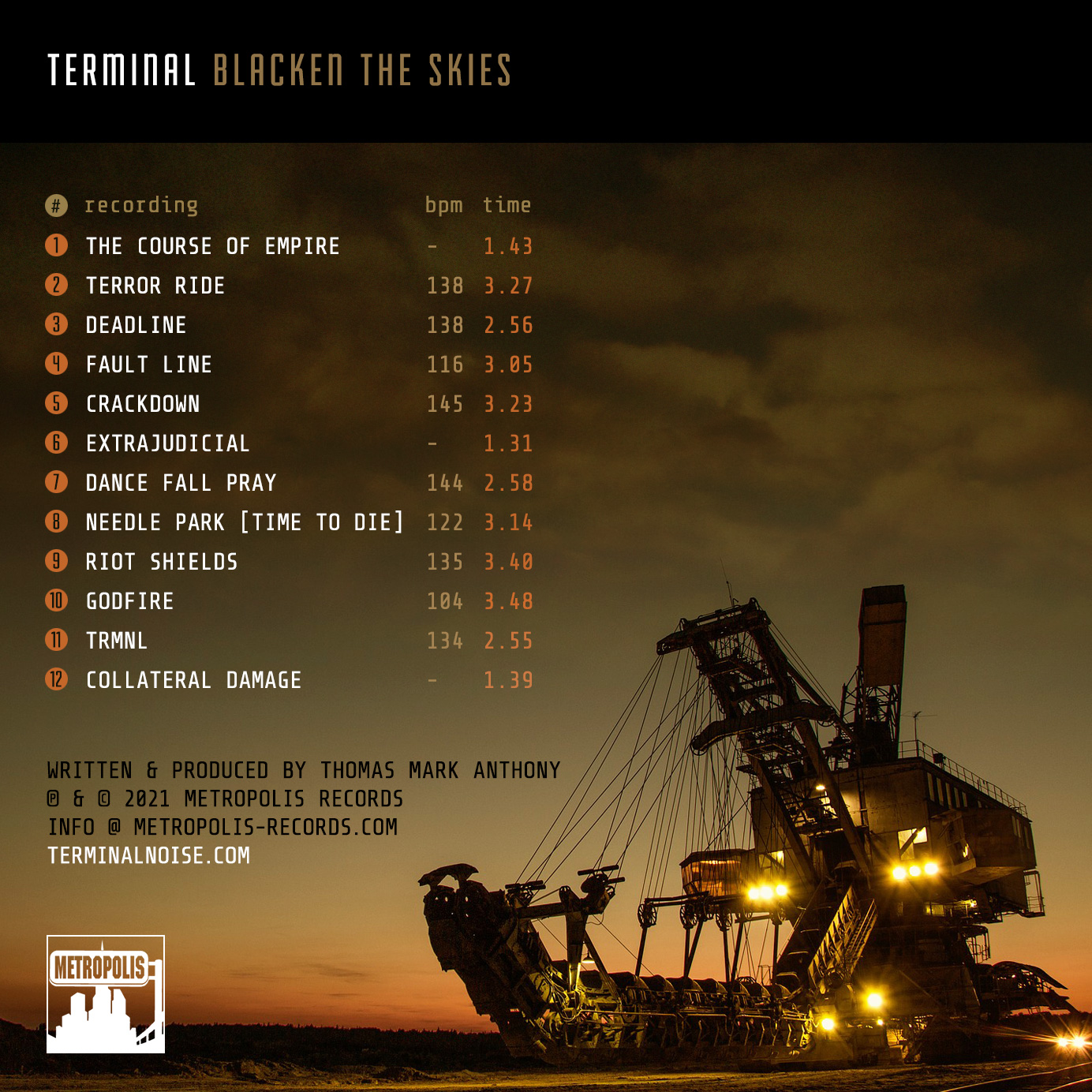 BLACKEN THE SKIES · The debut album from TERMINAL on Metropolis Records. Available now as digital download and a deluxe compact disc with a 16-page booklet.

Rave reviews for "BLACKEN THE SKIES"

9/10. "A hell of a record... It is staggering, really how it can be so heavy and oppressive and how it can groove... It’s dark, twisted and nasty—and so far as I can tell, that makes it the perfect soundtrack to 2021." Maximum Volume

"Terminal’s debut album, Blacken The Skies, provides a dark and powerful soundtrack to an environmentally degraded world. The man behind the project, Thomas Mark Anthony, delivers a manifesto in a rampage of relentless, industrial/glam rock fusion in such a way that it cannot, nor should be, ignored." Louder Than War

9/10. "Terminal’s debut album has got it all and makes crystal clear... that the time has come for thou metalheads to surrender to the new soundtrack for our apocalyptic world." Ever Metal

"In places you can recognize EBM, Dark Rock, Gothic Rock, Wave and even Synth-Pop. And all of this fits together wonderfully... I recommend every inclined Electrohead to listen to ’Blacken The Skies’" [German]

"Glam, industrial rock and a political message... Should appeal to both synth fans and hard rockers." Gaffa [Swedish]

"Blacken The Skies is both an indictment and a call to resistance... This is an excellent and original industrial-electro and EBM album by a band that deserves a place on the bigger festivals within ’die Schwarze Szene’." Snoozecontrol [Dutch/Belgium] 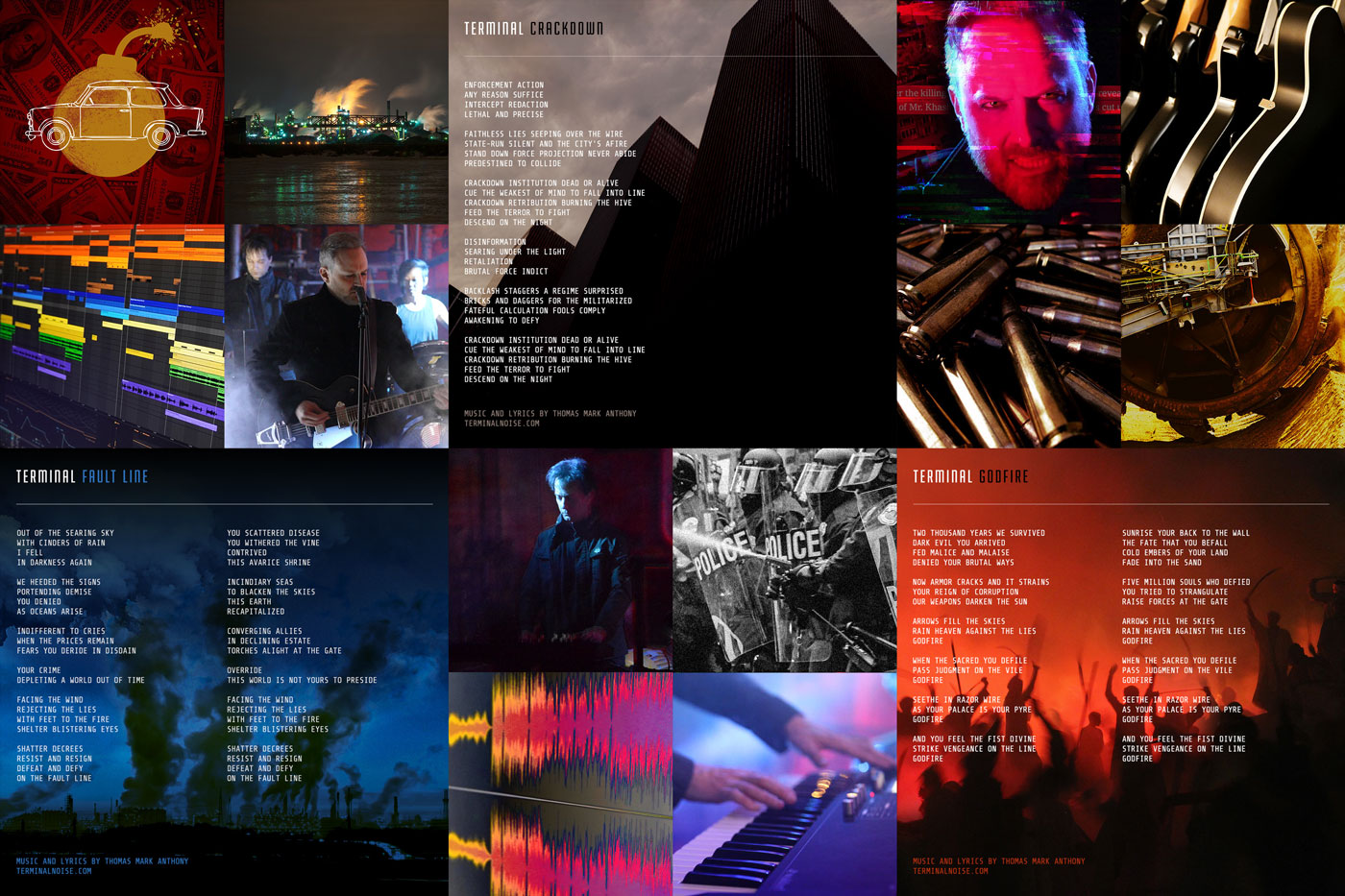 The CD release of BLACKEN THE SKIES includes a beautifully designed 16-page booklet with complete lyrics.